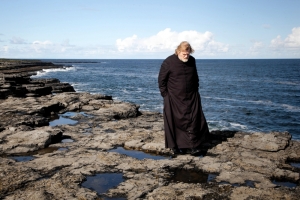 “What follows is McDonagh’s rotted-out take on the Stations of the Cross, explicitly positioned in the wake of the Catholic Church’s molestation cover-ups and the Wall Street financial crisis, with Gleeson tending to his broke, wildly dysfunctional flock as he slouches towards Golgotha. Calvary is a strange film, often hilarious but always heavy and forlorn.” – Movie Mezzanine, 08/06/2014